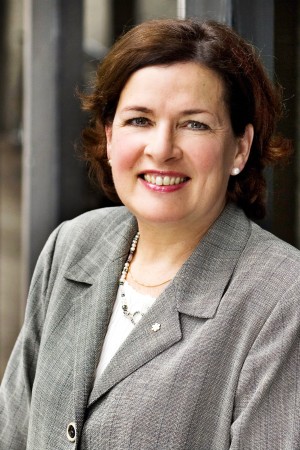 Dr. Bartha Maria Knoppers, PhD, holds the Canada Research Chair in Law and Medicine (Tier 1: 2001 – ). She is Director of the Centre of Genomics and Policy, Faculty of Medicine, Department of Human Genetics, McGill University. She held the Chair d’excellence Pierre Fermat (France: 2006-2008), was named Distinguished Visiting Scientist (Netherlands Genomics Initiative) (2009 – ) and received the ACFAS prize for multidisciplinarity (2011). She is Chair of the Ethics Working Party of the International Stem Cell Forum (2006 – ), Co-Chair of the Sampling/ELSI Committee of the 1000 Genomes Project (2008 – ) and a member of the Scientific Steering Committee of the International Cancer Genome Consortium (ICGC) (2009- ).

Professor Knoppers has received four Doctorates Honoris Causa, is Fellow of the American Association for the Advancement of Science, of The Hastings Center (Bioethics) and the Canadian Academy of Health Sciences (CAHS). She is an Officer of the Order of Canada.