» Home » Rare Diseases in the News » Orphan drug policies make drug research for rare diseases viable in the U.S. but not in Canada

Orphan drug policies make drug research for rare diseases viable in the U.S. but not in Canada 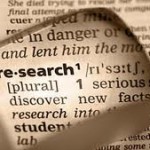 Business in Vancouver., March 20, 2012
From a sheer market perspective, Allon Therapeutics’ decision to focus on a rare a neurological disorder called progressive supranuclear palsy (PSP) doesn’t add up. After all, only 20,000 North Americans have the disease, compared with 4.4 million Alzheimer’s victims, and the drug the Vancouver biotech company is testing in human clinical trials – Davunetide – might work in both diseases. Allon’s decision to focus its research on treating PSP has a lot to do with orphan drug policies in the U.S. and Europe that encourage companies to focus on rare diseases. Orphan drug policies were crafted to recognize that pharmaceutical and biotech companies will not spend millions of dollars on clinical trials to get approval for a drug with a limited market. The same can’t be said in Canada, which has no orphan drug policy. To read the full article, click here