» Home » Rare Diseases in the News » 1,000th designation of an orphan medicinal product: improving the lives of patients

1,000th designation of an orphan medicinal product: improving the lives of patients 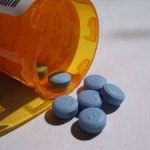 European Commission – Press Release, June 07, 2012
Orphan medicines relate to diseases which affect not more than 5 persons in 10.000 in the EU. As a consequence, the economic potential of such medicines is very limited which hampers the development of new medicines. In response, the EU adopted dedicated legislation in 1999 which provides strong incentives for medicines which have been designated as orphan medicines. The record number reached today of 1000 designations demonstrates that the legal framework for orphan product designations lives up to its potential: not only does it support research, it also helps identify promising products and bolster their development with the goal of market authorization. To read the press release, click here