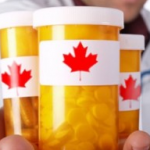 The Globe and Mail, April 02, 2012
Nearly two dozen life insurers are banding together to share the risk of claims for expensive drugs, as costly new treatments for illnesses such as cancer and auto-immune diseases become more common. The problem is becoming more acute as medical research churns out new therapies, many of which result in steep bills. Discussions about this idea began roughly two years ago among a handful of Canadian insurers. The talks were spurred along when, for the second year in a row, an individual made a single drug claim that topped $1-million. To read the full article, click here